Notes From the Tasting Room, Vol. 138

Posted at 14:09h in CLBC News, From The Tasting Room by author 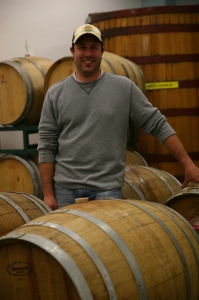 The Captain is finally putting serious thought into its branding, including new names for some beloved beers, and a new logo as well. The tasting room favorite Imperial IPA is now the Palate Shifter, while the India Pale Ale—heretofore known simply as the IPA—is the Hop Commander. Several of the hoppier creations, including those two, will be marketed in the “Captain’s Reserve” series.

Since its early days, Captain Lawrence was all about the beer, with marketing more of an after-thought. Now, Scott is working with the Long Island marketing outfit EGC Group on better dressing up the product. “There was very little energy spent on this before,” admits Scott, “and certainly not much collective thought.”

Scott returned from Keystone Paper and Box in South Windsor, Connecticut late last week, eyeballing the new packaging at the printing plant. Every beer in the CL lineup will get scrutinized with an eye on a rebranding, he says, whether it’s the name or the label.

Also in the new department—a session IPA called Effortless IPA. The Effortless is a result of fine tuning some popular pilot-system brews, such as the Hop Chug, and will be in six-packs and drafts in a month or so. A lunch-friendly 4.5% ABV, Effortless IPA is at one end of the hoppiness scale, while the Palate Shifter is toward the opposite end. Palate Shifter describes the craft beer industry in general—having consumed the good stuff for a number of years now, people are seeking more flavorful beers. Their palates have, in fact, shifted, their tolerance for hop flavors harder to satisfy.

Scott mentions “lupulin threshold shift;” stick with us for a moment here, you might learn something. Lupulin is the component of hops that gives it its distinct flavor. The more hoppy beers one consumes, the less likely that one’s palate will find them hoppy. And so one craves hoppier brews. “It’s what’s driving the craft beer revolution, and evolution,” says Scott.

And that new logo. While many love the flaming barrel that’s adorned Captain Lawrence beers for years, the fire has been extinguished—the new logo features the brewery’s name, now a recognizable beer brand, in bigger, bolder letters. The flaming keg, Scott says, was initially the design for the hearty porter Smoke From the Oak, and simply stuck around for eight years or so. “We’ve put a lot of thought into the feeling you get when you look at the beers—how it looks from the shelf and how that translates to the packaging,” he says.

Very much in growth mode, Captain Lawrence has knocked “a gigantic hole in the wall,” says Scott, to take over nearly 5,000 square feet of space next door for sour ale barrel aging. Cuvee de Castleton, Rosso e Marrone and Hops and Roses are among those spending quality time in the oak. “It’s almost like a whole other brewing facility,” he says.

The Captain will mark its ninth anniversary, and show off all this new stuff, with the Tap & Pour party May 16—tickets are on sale now. “I can’t believe it’s been nine years,” says Scott. “It’s mind boggling to remember when I was driving kegs around in the back of a Jetta.”

And Scott gives a special shout-out to Matt Levy, who learned the ropes as an intern at Captain Lawrence, and now succeeds Jeff O’Neil as the brewer a little further up the Hudson at Peekskill Brewery. “We’re proud that Matt started his career here,” says Scott. “We wish him well and look forward to trying his beer.”