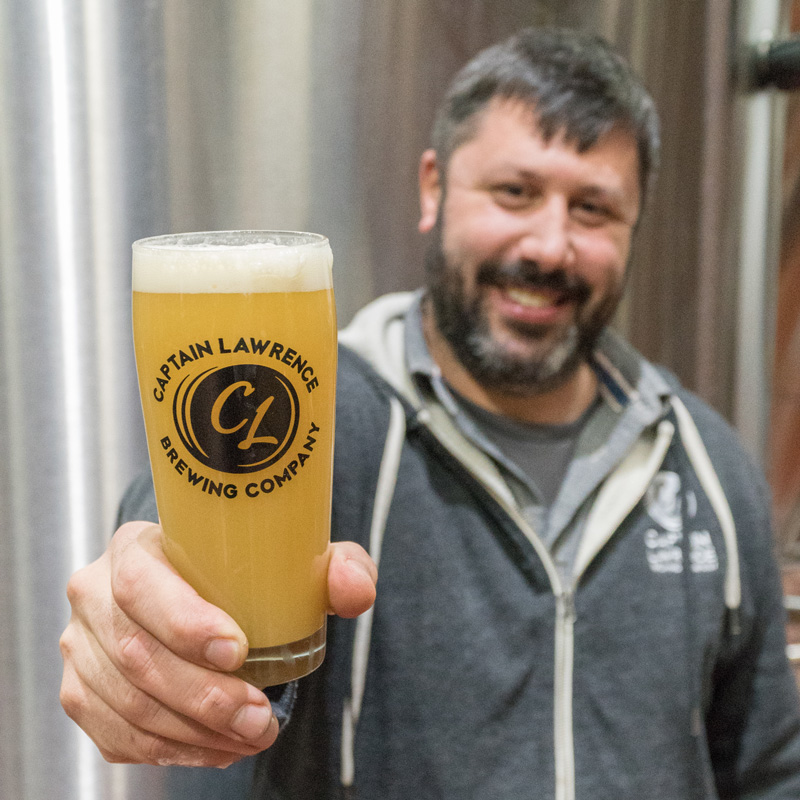 Founded in 2006 by Scott Vaccaro, Captain Lawrence brews a wide range of beer styles, producing as many as one hundred brands in a year. Shortly after opening, the brewery began to gain widespread notoriety for their sour and barrel-aged beers, winning their first of nine GABF medals in 2007.