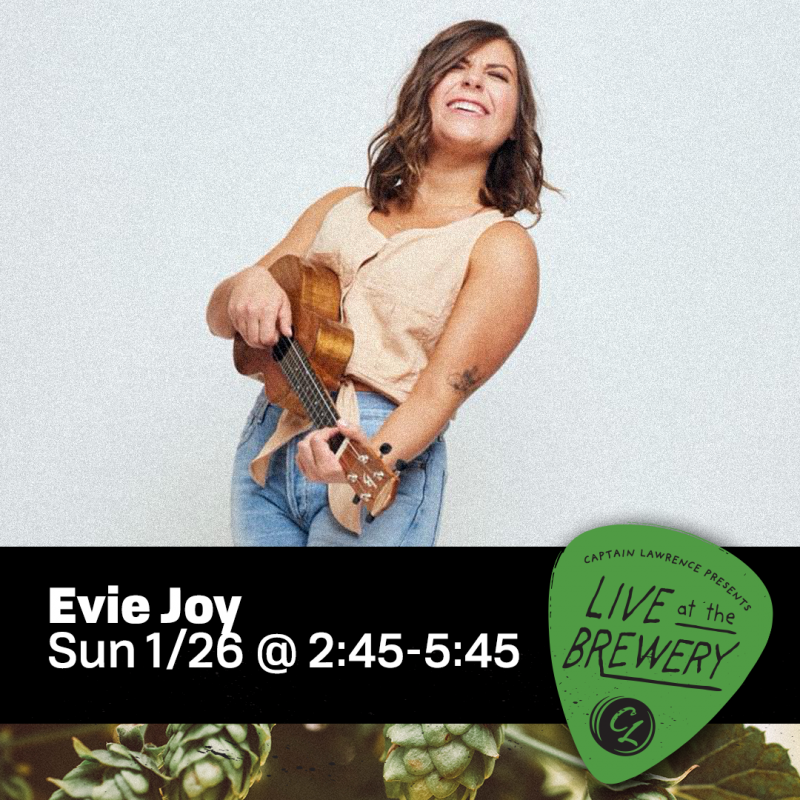 This Sunday come check out Evie Joy and her unique style of comedy ukulele rap. Weekend chillin at it’s finest!

Known for her joyful wordplay, tap-dance breaks, and politically-incorrect comedy, Evie’s first album, ‘Verbatim’ was released in 2013 and upon release, Sara Bareilles quoted that she has “a great voice and a really unique sound!” Since then Evie has toured the globe playing everywhere from streets in London to famous bars in Seattle and even on Caribbean cruise lines. She has studied opera for 12 years and enjoys bubble tea and doing good deeds in a skunk costume (for anonymity purposes ;). She is also organizing a large-scale project to distribute and teach the homeless to play ukulele and planning a Ted Talk for her created music genre: ukulele rap. She now resides with her uke, Ed, in New York City. They’re going on 6 years and going strong.